US Open is on and tennis fans surely want the complete scoop of action. The US Open features 256 players competing against one another and nearly quarter-million points will be scored during the two-week tournament. Considering at any given time, 17 matches can be in progress, it's difficult for a single human to watch all of the biggest US Open matches simultaneously. This however makes a great use case for AI solutions. That's where IBM has pitched in with its Artificial Intelligence capabilities.

IBM has just launched a suite of Watson-powered Artificial Intelligence solutions for its enterprise customers, and the US Open is already using one of them to generate highlights of its matches. IBM calls the suite "Watson Media" and the US Tennis Association is using one of its features called "Cognitive Highlights" 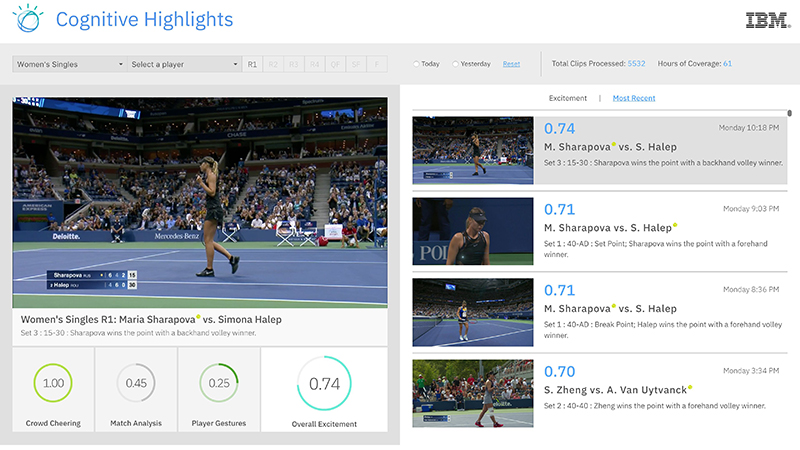 With Cognitive Highlights, Watson with its AI capabilities can look at massive amounts of video footage and dissect the vast amount of information in each frame to finally make this possible. With Cognitive Highlights, IBM Watson watches almost all the matches, analyzes match data, player gestures and crowd cheers and selects the tournament's most exciting moments so video editors and fans never have to miss a beat.


Cognitive computing has the ability to further enhance the experience of sports by analyzing new types of data such as unstructured information like words or pictures and natural language.
Labels: artificial-intelligence sports tennis