Skip to main content
Posted by Vaibhav Agarwal May 22, 2011 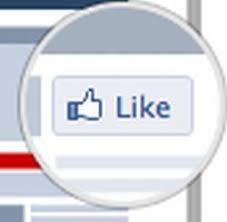 There is immense advise and howto's available on why and how Facebook Like buttons should be integrated with your websites. What we are discussing here is whether there is even a need to integrate Facebook Like buttons on your websites. What are the statistics available regarding the success / failure of like buttons? Are there any numbers to prove whether Facecook Like button can lead to significant traffic increase user growth for websites ?
Lets take a look at following statistics (released by none other than Facebook) and trends to find out ourselves whether Facebook Like button actually leads to traffic / user growth
All these are ample examples and case studies to prove the effectiveness of the Facebook like button businesses. Have you already implemented a Like Button and have statistics of your own to share ? Just share your knowledge and experience with all Bizopedia readers. Thanks