Trends from eMarketer on US Video consumers show a growing appetite for online videos which will continue to grow further. Video viewers will continue to spend more time on watching these videos.

What is striking here is that video consumption on other digital video devices are growing at a higher rate than TV, which seems to declining rather than growing. So lets take a deeper look at the other digital devices which we are talking about here. Tablet, Smartphone, Desktop / Laptop and other connected devices together constitute this digital video devices category.

Looking at the above video consumption trends from eMarketer,its evident that mobile devices are almost caught up with desktops in terms of digital video consumption. In addition, there is also tremendous growth rate in tablets which indicates that they are the device of choice when it comes to mobile video devices.

Mobile users globally are watching more video content than ever before. What might be more unexpected however is the fact mobile video is no longer a short-form phenomenon: users are also watching longer video clips, including full TV shows and even films.

In Aug, 2015, IAB commissioned a Global Consumer Survey looking into how, when and why people around the world are viewing video on their mobile devices. On Device Research surveyed 5,000 smartphone users in 24 countries across Europe, Latin America, the Asia-Pacific region and South Africa.

County-wise Online Video Usage
Here are statistics from June 2014 on country-wise online video usage. The chart depicts percentage of internet users in each of these countries who watch online video content on daily basis. 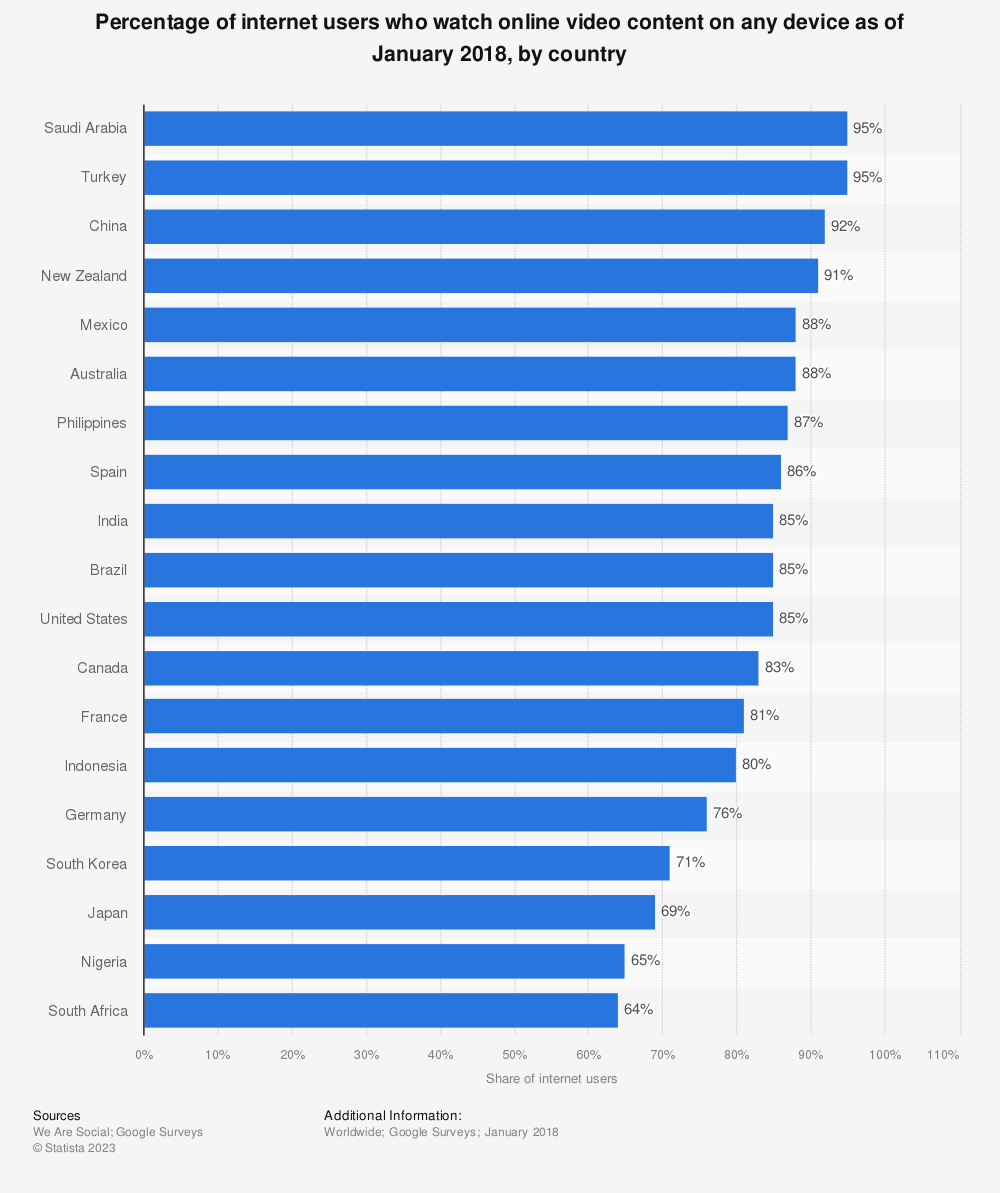 [Aug, 2010]
Nielsen recently completed a survey of more than 27,000 online consumers in 55 countries, asking simple questions about how they watch video. This report helps us understand how the world is watching video. Internet access still varies considerably by region, so the results of an online survey are not representative of the total global population, but show us how an important subset of the global population (the connected population) is consuming video across multiple platforms. The results from the survey were released today in a new report, “How People Watch – A Global Nielsen Consumer Report.”